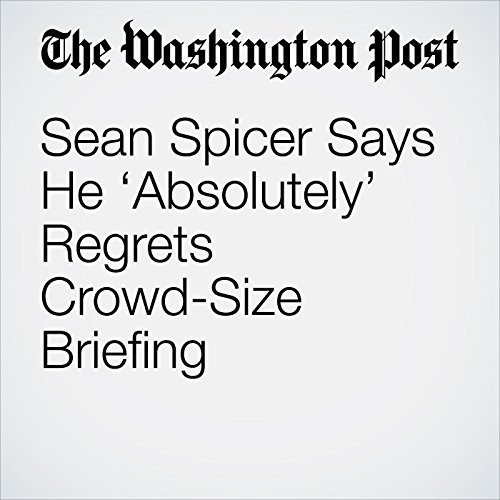 Following his surprise performance at the Emmys on Sunday, former White House press secretary Sean Spicer said he “absolutely” regrets his infamous assertion in January that the crowd size at Trump’s inauguration was the largest there had ever been.

"Sean Spicer Says He ‘Absolutely’ Regrets Crowd-Size Briefing" is from the September 18, 2017 Politics section of The Washington Post. It was written by Rachel Chason and narrated by Sam Scholl.