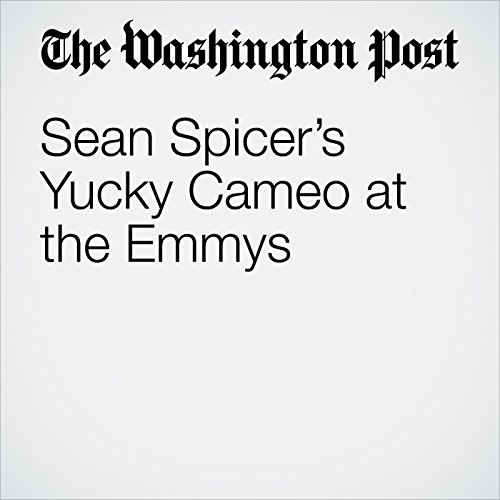 Former White House press secretary Sean Spicer got a turn on one of Hollywood's glitziest stages Sunday night. And he used it to laugh about the falsehoods he told the American people in an attempt to rehabilitate his image.

"Sean Spicer’s Yucky Cameo at the Emmys" is from the September 18, 2017 National section of The Washington Post. It was written by Aaron Blake and narrated by Sam Scholl.