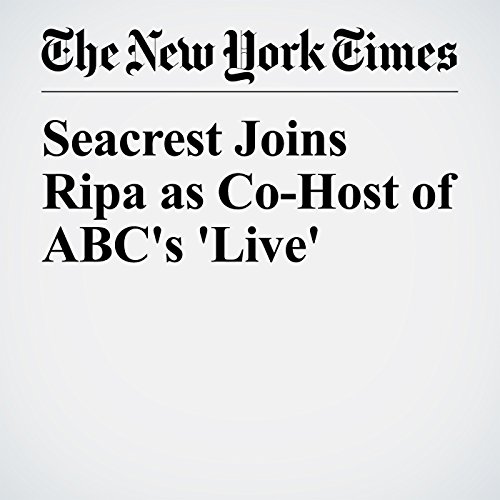 Ryan Seacrest, the master Hollywood multitasker, was named Kelly Ripa’s “Live” co-host on Monday, giving him a high-profile platform and bringing stability to an important ABC morning show as it prepares for new competition.

"Seacrest Joins Ripa as Co-Host of ABC's 'Live'" is from the May 01, 2017 Entertainment section of The New York Times. It was written by Brooks Barnes and John Koblin and narrated by Keith Sellon-Wright.