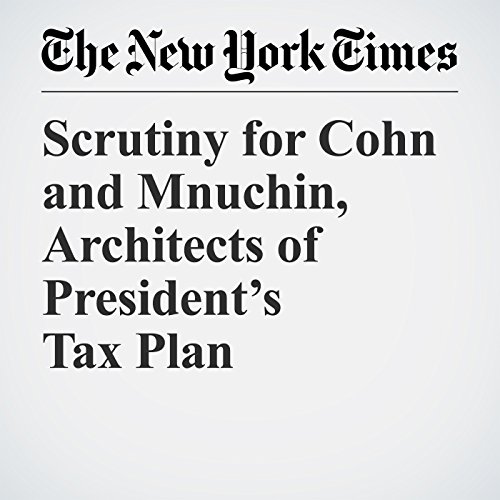 "Scrutiny for Cohn and Mnuchin, Architects of President’s Tax Plan" is from the August 28, 2017 U.S. section of The New York Times. It was written by Julie Hirschfeld Davis and Kate Kelly and narrated by Kristi Burns.