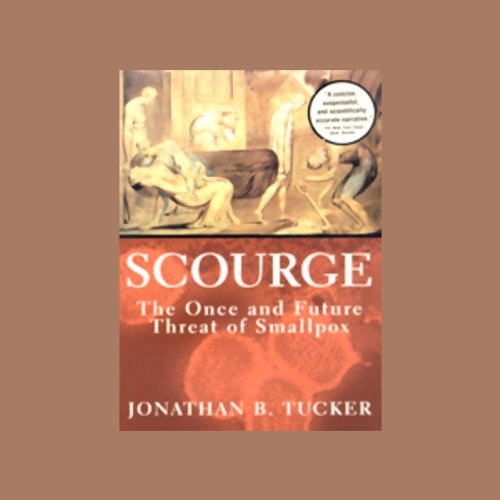 Smallpox, the only infectious disease to have been eradicated, was one of the most terrifying of human scourges. It covered the skin with hideous, painful boils, killed a third of its victims, and left the survivors disfigured for life. In this riveting, often terrifying look at the history of smallpox, Jonathan B. Tucker tells the story of this deadly disease, the heroic efforts to eradicate it worldwide, and the looming dangers it still poses today.

Starting in the 16th century, the smallpox virus afflicted rich and poor, royalty and commoners, and repeatedly altered the course of human history.

No safe way of preventing smallpox existed until 1796, when an English country doctor named Edward Jenner developed a vaccine against it. During the ensuing 170 years, vaccination banished smallpox from the industrialized countries, but it remained a major cause of death in the developing world, killing almost two million people per year. Finally, in 1967, the World Health Organization launched an intensified global campaign to eradicate smallpox. By early 1978, the disease had been eliminated worldwide.

During the 1980s, Soviet leaders cynically exploited the world's new vulnerability to smallpox by mass-producing the virus as a strategic weapon. In recent years, concern over the possible return of smallpox has taken an even greater urgency with the realization that clandestine stocks of the virus may still exist.

Everyone should listen to this

Well written and read. Can get a little technical but I learned quite a bit from this book. This story is important in understanding more of the ease of spread of current diseases and the near impossible fight against them. Great work...

Interesting, but with annoying mispronunciations

The book is quite interesting as an overview of the challenge faced in eradicating smallpox in the 20th century. The book is detailed and addresses WHO efforts worldwide as well as political challenges that impeded the work.

The narrator has an old-fashioned newscaster's tone and pacing, but annoying mispronounces many ordinary words. I am willing to overlook mispronunciation of technical terms, but the narrator should be able to speak standard English.

Informative story if you can get past the mistakes

Reader mispronounces so many names that it is VERY irritating to listen to.He even mispronounces the name of the virus the reason the book was written. The story is compelling and informative if you can get past all the mistakes. If you are informed on the subject you might not want to listen.

The constant mispronunciations makes it almost impossible to listen to.

It is obvious that either no one listened to the reading or they did not care.

Everything you wanted to know about Smallpox

Seminal book on the science and politics of Smallpox throughout history, and the tug of war between states to hold on to the virus for later, possibly destructive, uses. Gives you a great look at the workings of the WHO, and public health in general. Well researched. The author was robably was granted access to WHO and CDC files, naming patients, dates, medical files, etc. The ending is so political that one loses track, but in general, a great book well narrated.

Would you consider the audio edition of Scourge to be better than the print version?

I did not read the print version. I prefer audio because I can clean my house and "read"a great informative book at the same time. I can also drive and "read" too.

The way it was presented was both informative and entertaining. It kept my attention and I hated when it was over.

Have you listened to any of Patrick Cullen’s other performances before? How does this one compare?

No, but I think he did a fine job on Scourge.

The Maker of Tears

I am a nurse and love books about health related issues.

Would you listen to Scourge again? Why?

Well written - excellent historical account of the history of a disease that often changed the course of history and how nations cooperated to eradicate it.

The difference between the eradication of smallpox in Africa compared to India and how industrialization made it more difficult to eradicate.

no . . . not that kind of book - but the political posturing at the end made it very difficult to finish!

I thought I was prepared to overlook a few mispronunciations. It is too much. Hurts my ears.

I found the material interesting at first, but just couldn’t stomach narrator. So I quit 1 hour in.

I was always interested in this subject matter. So this book was great for me, has history, some science, and some scenarios.

Time for an Update

What made the experience of listening to Scourge the most enjoyable?

The last chapter should be a major wake up call in the midst of an Ebola outbreak we cannot vaccinate in time.

Where are we now? Why are we doing nothing? This book indicated a true concern a decade ago. Why are we not vaccinating again NOW? It is too late once there is an outbreak and small pox is too widely held, too easily a terrorist weapon.