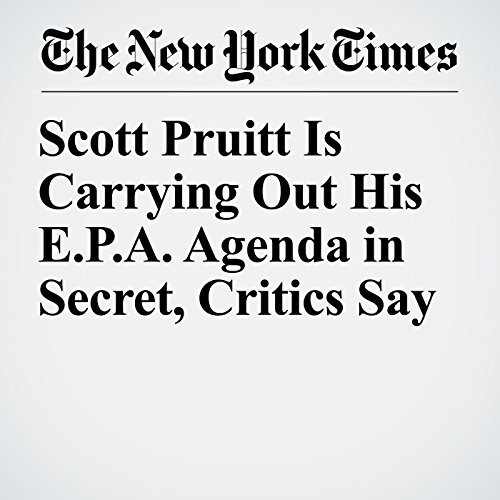 EPA head Scott Pruitt has made it clear that he sees his mission to be dismantling the agency’s policies — and even portions of the institution itself. As he works to roll back regulations, close offices and eliminate staff at the agency charged with protecting the nation’s environment and public health, he is taking extraordinary measures to conceal his actions, according to interviews with more than 20 current and former agency employees.

"Scott Pruitt Is Carrying Out His E.P.A. Agenda in Secret, Critics Say" is from the August 11, 2017 Politics section of The New York Times. It was written by Coral Davenport and Eric Lipton and narrated by Keith Sellon-Wright.