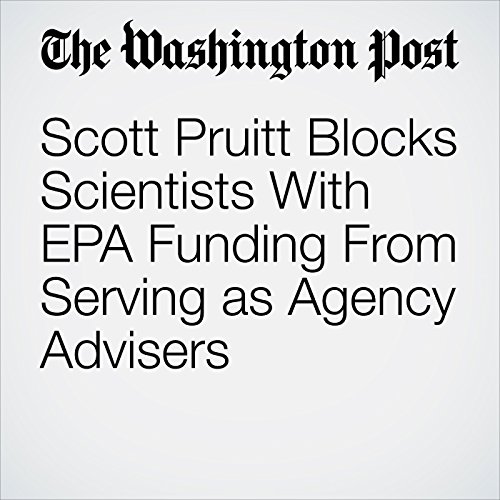 The head of the Environmental Protection Agency upended the agency’s key advisory groups on Tuesday, announcing plans to jettison scientists who have received EPA grants.

"Scott Pruitt Blocks Scientists With EPA Funding From Serving as Agency Advisers" is from the October 31, 2017 Science section of The Washington Post. It was written by Brady Dennis and Juliet Eilperin and narrated by Sam Scholl.