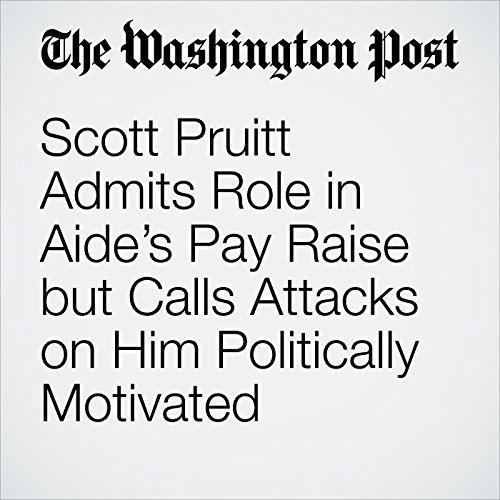 Environmental Protection Agency Administrator Scott Pruitt was unapologetic about his leadership during the first of two Capitol Hill hearings Thursday but conceded that he had known in advance of an aide’s significant raise — among the many controversies that has put his position on the line.

"Scott Pruitt Admits Role in Aide’s Pay Raise but Calls Attacks on Him Politically Motivated" is from the April 26, 2018 National section of The Washington Post. It was written by Brady Dennis and Juliet Eilperin and narrated by Sam Scholl.