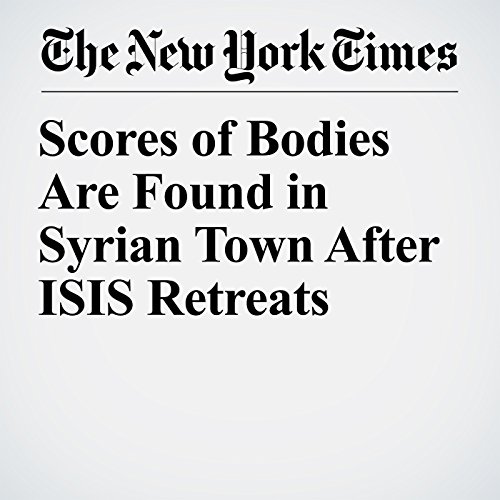 As pro-government troops drove Islamic State fighters from a central Syrian town over the weekend, the retreating militants killed scores of civilians, dumping some bodies into wells and leaving others in the street, local residents and the Syrian state-run news media said on Monday.

"Scores of Bodies Are Found in Syrian Town After ISIS Retreats" is from the October 24, 2017 World section of The New York Times. It was written by Anne Barnard and narrated by Kristi Burns.