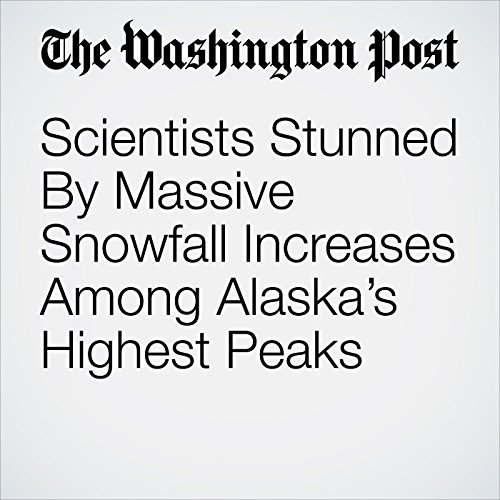 A team of scientists presented surprising data on Tuesday suggesting that even as the state of Alaska has warmed up extremely rapidly in recent years, snowfall in the iconic Denali National Park has increased dramatically during the era of human-driven global warming.

"Scientists Stunned By Massive Snowfall Increases Among Alaska’s Highest Peaks" is from the December 19, 2017 National section of The Washington Post. It was written by Chris Mooney and narrated by Sam Scholl.