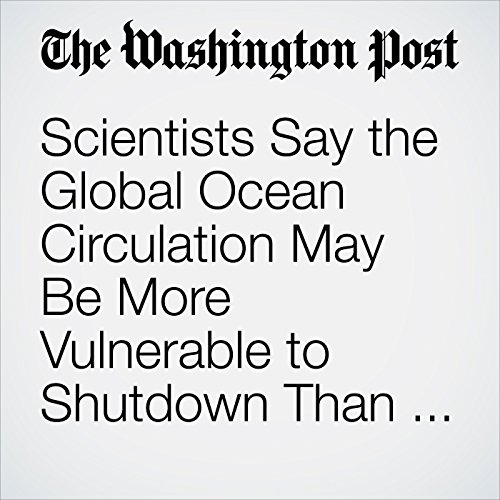 Intense future climate change could have a far different impact on the world than current models predict, suggests a thought-provoking new study just out in the journal Science Advances. If atmospheric carbon dioxide concentrations were to double in the future, it finds, a major ocean current — one that helps regulate climate and weather patterns all over the world — could collapse. And that could paint a very different picture of the future than what we’ve assumed so far.

"Scientists Say the Global Ocean Circulation May Be More Vulnerable to Shutdown Than We Thought" is from the January 04, 2017 Energy and Environment section of The Washington Post. It was written by Chelsea Harvey and narrated by Sam Scholl.