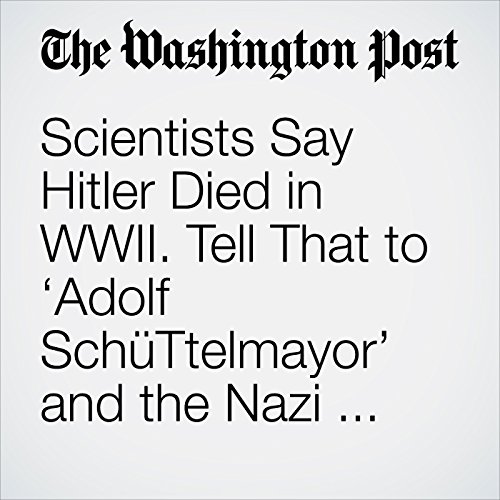 After completing what they say is the first examination of Adolf Hitler’s remains since World War II, a team of researchers has announced that the Nazi leader most definitely died in Berlin and, therefore, cannot possibly still be alive on the moon.

"Scientists Say Hitler Died in WWII. Tell That to ‘Adolf SchüTtelmayor’ and the Nazi Moon Base." is from the May 20, 2018 World section of The Washington Post. It was written by Avi Selk and narrated by Sam Scholl.