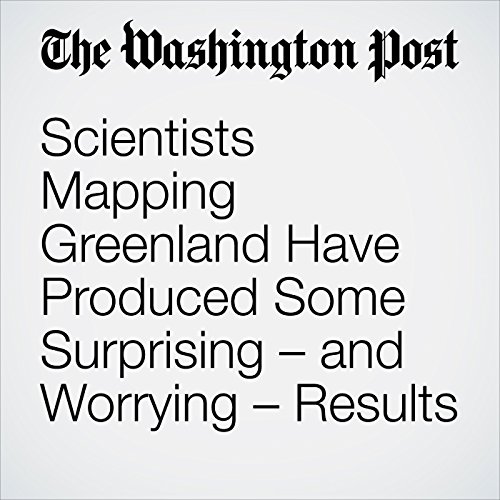 Greenland, the world’s largest island and home to its second largest ice sheet, is a land of ragged cliffs, breathtaking fjords and unimaginable amounts of water on either side of the freezing point. It has also, until now, been something of a mystery.

"Scientists Mapping Greenland Have Produced Some Surprising – and Worrying – Results" is from the October 04, 2017 Science section of The Washington Post. It was written by Chris Mooney and narrated by Sam Scholl.