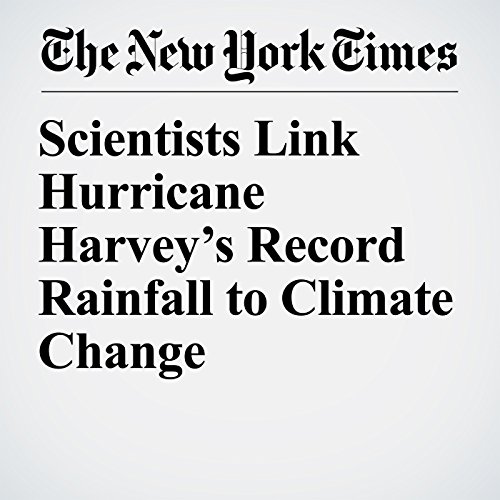 "Scientists Link Hurricane Harvey’s Record Rainfall to Climate Change" is from the December 13, 2017 U.S. section of The New York Times. It was written by Henry Fountain and narrated by Kristi Burns.