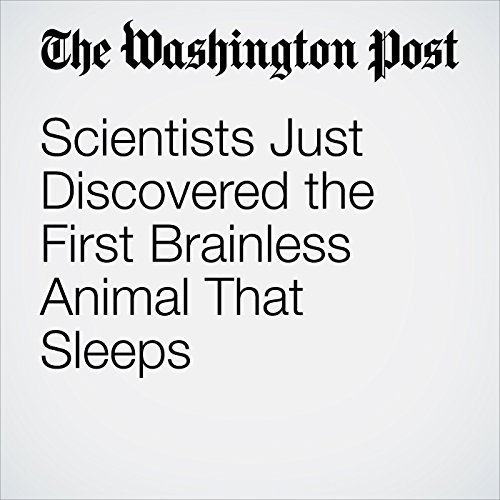 It was well past midnight when Michael Abrams, Claire Bedbrook and Ravi Nath crept into the Caltech lab where they were keeping their jellyfish. They didn't bother switching on the lights, opting instead to navigate the maze of desks and equipment by the pale blue glow of their cellphones. The students hadn't told anyone that they were doing this. It wasn't forbidden, exactly, but they wanted a chance to conduct their research without their PhD advisers breathing down their necks.

"Scientists Just Discovered the First Brainless Animal That Sleeps" is from the September 21, 2017 Science section of The Washington Post. It was written by Sarah Kaplan and narrated by Jenny Hoops.