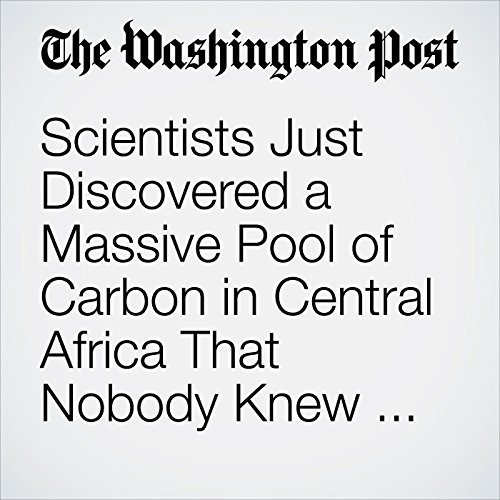 A new study has just revealed a massive peat-filled wetland in Africa’s central Congo Basin — and scientists say the carbon stored there may be equivalent to 20 years’ worth of U.S. fossil fuel emissions. The area is now believed to be the largest peatland system in the global tropics and possibly one of the region’s most important carbon sinks.

"Scientists Just Discovered a Massive Pool of Carbon in Central Africa That Nobody Knew Was There" is from the January 11, 2017 Energy and Environment section of The Washington Post. It was written by Chelsea Harvey and narrated by Sam Scholl.