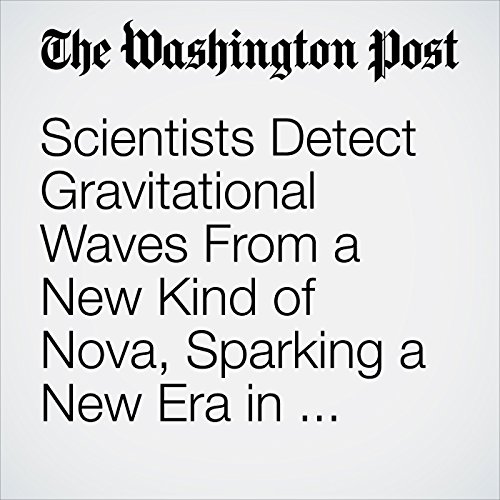 Some 130 million years ago, in a galaxy far away, the smoldering cores of two collapsed stars smashed into each other. The resulting explosion sent a burst of gamma rays streaming through space and rippled the very fabric of the universe.

"Scientists Detect Gravitational Waves From a New Kind of Nova, Sparking a New Era in Astronomy" is from the October 16, 2017 Science section of The Washington Post. It was written by Sarah Kaplan and Ben Guarino and narrated by Sam Scholl.