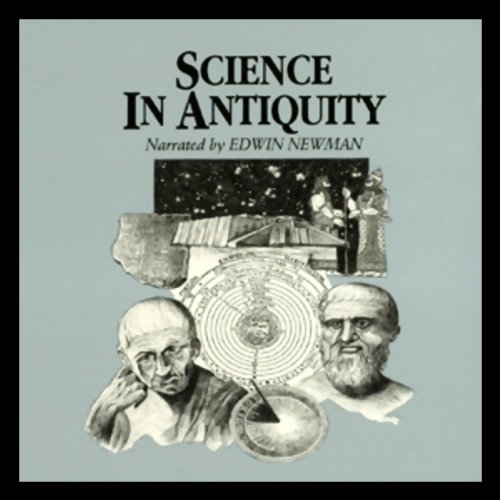 The scientific impulse can be said to have existed forever. But only with the written word did there emerge a record of speculations about how and why things happen. Middle Eastern civilizations developed ways to measure and describe (e.g., math and the alphabet); Greek philosophers classified natural objects and studied cause and effect. This is the story of ancient science from Asia to the Mediterranean Basin.

The Science and Discovery series recreates history's 4,000-year journey to better understand the world through scientific means. It is a story of vested interests and independent thinkers, experiments and theories, change and progress.

Pitched to entertain a 60-year-old IT consultant who found it continually surprising and informative. Edwin Newman's reading is marvellous. Annoying only because I often listen to audio books when I go to sleep - but this one keeps me awake too long.

This book provides half-hour narratives tracing ideas about cosmology and the nature of things from the Sumerians on. Pitched to about a 6th grade level. OK if you know absolutely nothing about ancient history. If you know a bit about Thales, Plato and Aristotle, skip it.