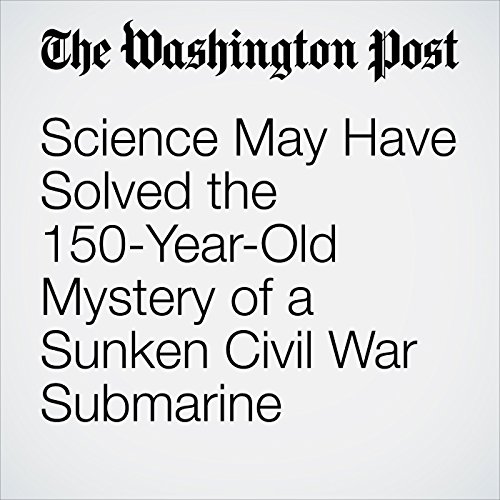 Cheers erupted when the H.L. Hunley broke the ocean's surface for the first time in more than a century. Since it vanished during a 1864 naval battle, the Confederate submarine had lain on the seafloor off the coast near Charleston, S.C., its heavy iron hull gathering barnacles and rust. In 2000, when the vessel was recovered, scientists and historians expected to be able to solve the mystery of why it sank.

"Science May Have Solved the 150-Year-Old Mystery of a Sunken Civil War Submarine" is from the August 24, 2017 Speaking of Science section of The Washington Post. It was written by Sarah Kaplan and narrated by Sam Scholl.