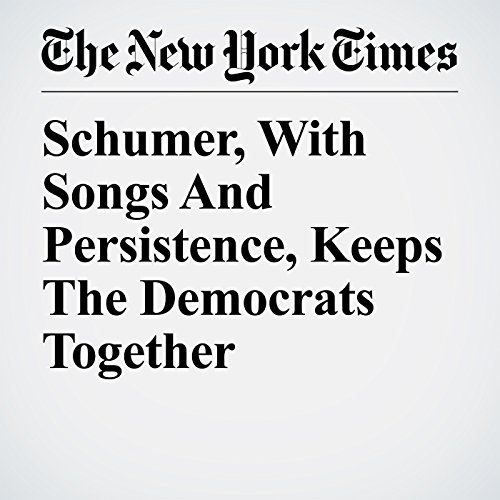 Over the past week, as Senate Republicans feverishly cobbled together their doomed health care bill, Chuck Schumer, the Democratic leader, made several quiet visits to the private “hideaway” office of John McCain, R-Ariz., near the Senate chamber on the Capitol's first floor. McCain, who recently received a brain cancer diagnosis, was nervous about the bill, which he thought would harm people in his state, and elegiac about members of his storied family, reminiscing about them at some length.

"Schumer, With Songs And Persistence, Keeps The Democrats Together" is from the July 29, 2017 Domestic section of The New York Times. It was written by Jennifer Steinhauer and narrated by Keith Sellon-Wright.