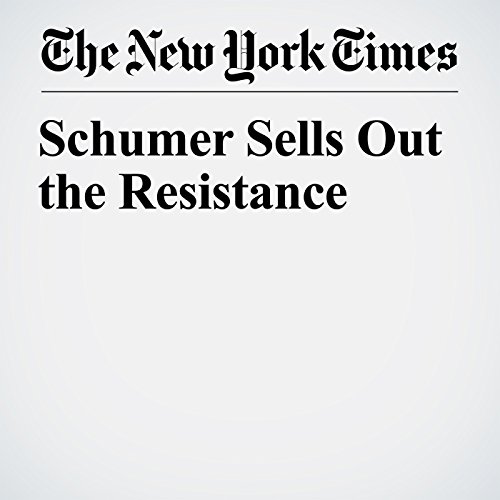 This weekend, more than 1 million people took to the streets nationwide for the anniversary of the Women’s March. Though not nearly as big as the protests a year ago, it was still a larger public manifestation than anything the Tea Party ever managed. And though the demonstration was meant as a rebuke to Donald Trump, one central demand was that Congress stand up for the young unauthorized immigrants known as Dreamers, who were brought to the country as children. They now face deportation because Trump has moved to end Deferred Action for Childhood Arrivals, an Obama-era program protecting them.

"Schumer Sells Out the Resistance" is from the January 22, 2018 Opinion section of The New York Times. It was written by Michelle Goldberg and narrated by Keith Sellon-Wright.