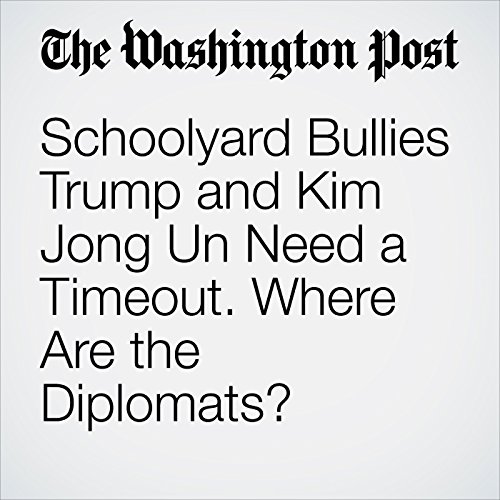 If you never have to grow up, then all the world’s a playground. This is the case for both President Trump and Kim Jong In, notable examples of nepotism run amok. They stand on either side of the playground yelling epithets at each other and vowing some awful stuff. We know, of course, who is in the right here, but both leaders need a timeout.

"Schoolyard Bullies Trump and Kim Jong In Need a Timeout. Where Are the Diplomats?" is from the August 09, 2017 Opinion section of The Washington Post. It was written by  Richard Cohen and narrated by Sam Scholl.