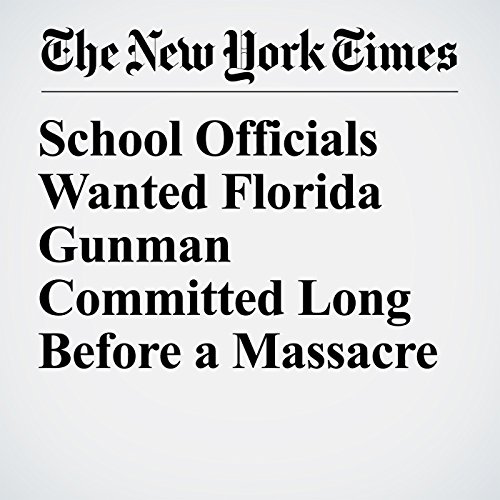 MIAMI — On the day an 11th-grader named Nikolas Cruz told another student that he had a gun at home and was thinking of using it, two guidance counselors and a sheriff’s deputy at Marjory Stoneman Douglas High School in Parkland concluded that he should be forcibly committed for psychiatric evaluation, according to mental health records obtained on Sunday by The New York Times.

"School Officials Wanted Florida Gunman Committed Long Before a Massacre" is from the March 18, 2018 U.S. section of The New York Times. It was written by Patricia Mazzei and narrated by Keith Sellon-Wright.