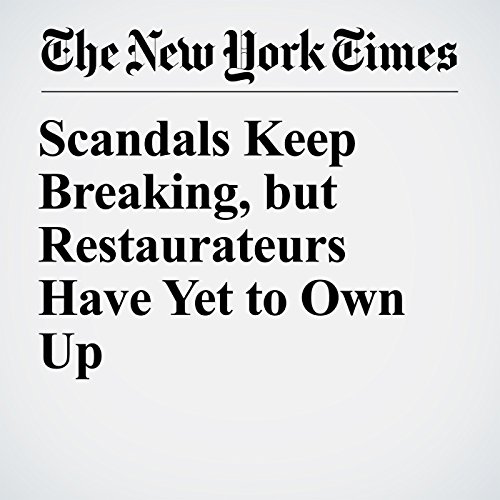 Another week, another chef down. This time it was Charlie Hallowell, who just before the end of the year took leave from daily operations of the three restaurants he owns in Oakland, California. Seventeen employees told Tara Duggan of The San Francisco Chronicle that Hallowell’s sexual harassment and verbal abuse were so routine that they stopped seeming remarkable.

"Scandals Keep Breaking, but Restaurateurs Have Yet to Own Up" is from the January 02, 2018 Lifestyle section of The New York Times. It was written by Pete Wells and narrated by Keith Sellon-Wright.

Cosa pensano gli ascoltatori di Scandals Keep Breaking, but Restaurateurs Have Yet to Own Up