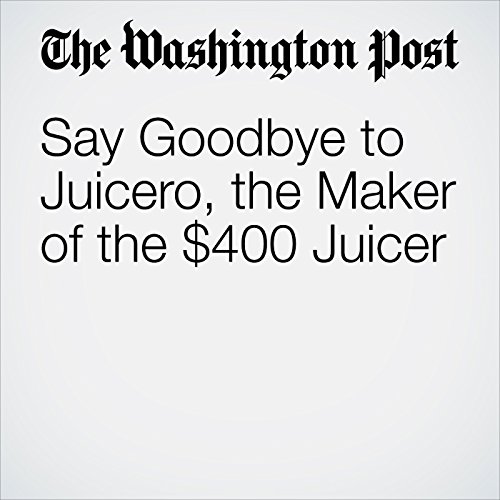 The company behind the infamous $400 juicer is shutting down after 16 months in business. The juice machine gained widespread notoriety earlier this year when Bloomberg reported that the expensive device wasn’t actually required to make juice. The single-serve packets of fruits and vegetables that are bundled with the Internet-connected machine could be squeezed by hand, Bloomberg reporters found. That sparked a backlash against Juicero, which had attracted millions of dollars in investments, pitching a seemingly unnecessary juicer as a breakthrough gadget.

"Say Goodbye to Juicero, the Maker of the $400 Juicer" is from the September 04, 2017 Innovations section of The Washington Post. It was written by Hamza Shaban and narrated by Sam Scholl.