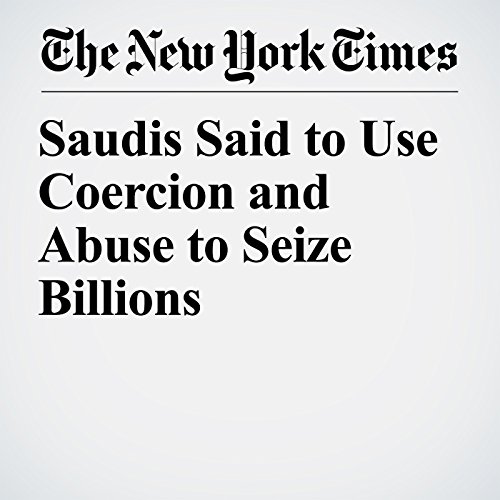 RIYADH, Saudi Arabia — Businessmen once considered giants of the Saudi economy now wear ankle bracelets that track them. Princes who led military forces and appeared in glossy magazines are monitored by guards they do not command. Families who flew on private jets cannot gain access to their bank accounts. Even wives and children have been forbidden to travel.

"Saudis Said to Use Coercion and Abuse to Seize Billions" is from the March 12, 2018 World section of The New York Times. It was written by Ben Hubbard, David D. Kirkpatrick, Kate Kelly and Mark Mazzetti and narrated by Kristi Burns.