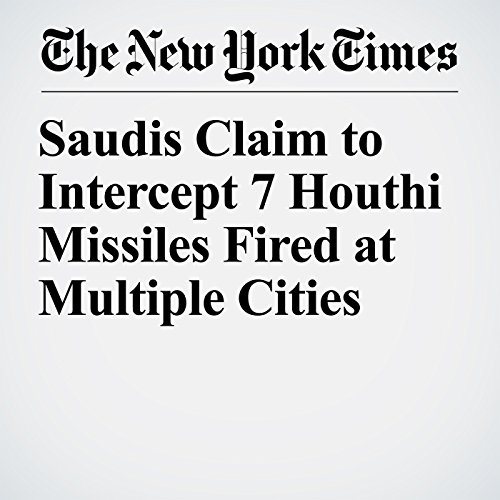 "Saudis Claim to Intercept 7 Houthi Missiles Fired at Multiple Cities" is from the March 25, 2018 World section of The New York Times. It was written by Saeed Al Batati and Rick Gladstone and narrated by Kristi Burns.