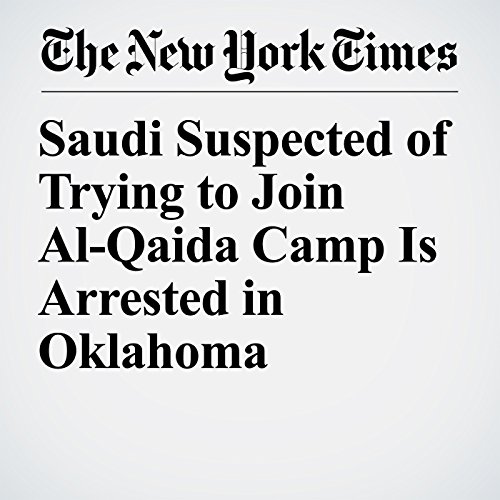 A Saudi immigrant suspected of once applying to join al-Qaida’s most notorious training camp was arrested on a charge of visa fraud in Oklahoma, where he had been living for years with his family, federal law enforcement officials said Tuesday.

"Saudi Suspected of Trying to Join Al-Qaida Camp Is Arrested in Oklahoma" is from the February 06, 2018 U.S. section of The New York Times. It was written by Adam Goldman, Matt Apuzzo and narrated by Keith Sellon-Wright.