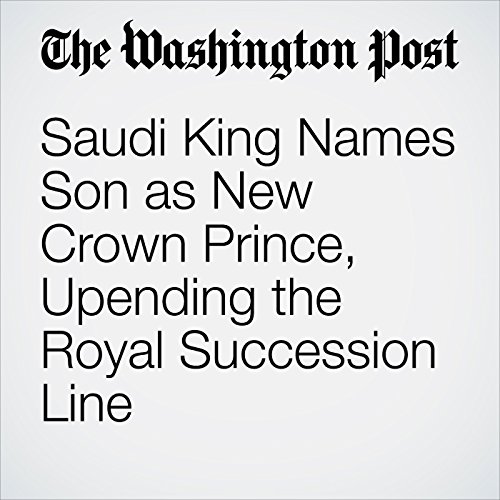 Saudi Arabia’s King Salman elevated his 31-year-old son Wednesday to become crown prince, ousting his nephew in a seismic shift in the royal succession line that could have deep ramifications for the oil-rich monarchy and the broader Middle East.

"Saudi King Names Son as New Crown Prince, Upending the Royal Succession Line" is from the June 21, 2017 Middle East section of The Washington Post. It was written by Sudarsan Raghavan and Kareem Fahim and narrated by Sam Scholl.