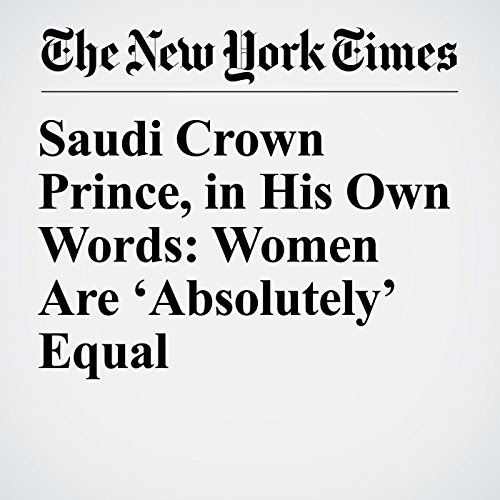 BEIRUT — The powerful crown prince of Saudi Arabia, Mohammed bin Salman, 32, arrives in the United States on Monday for an extended visit during which he is scheduled to meet President Donald Trump and tour a number of American cities.

"Saudi Crown Prince, in His Own Words: Women Are ‘Absolutely’ Equal" is from the March 18, 2018 World section of The New York Times. It was written by Ben Hubbard and narrated by Kristi Burns.