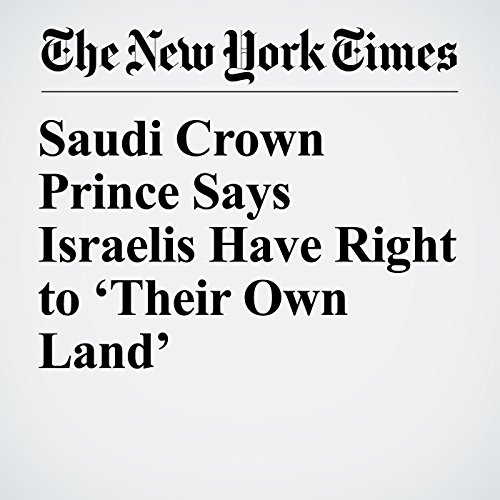 Saudi Arabia’s powerful crown prince has said that Israelis “have the right to have their own land” and that formal relations between Israel and the kingdom could be mutually beneficial.

"Saudi Crown Prince Says Israelis Have Right to ‘Their Own Land’" is from the April 03, 2018 World section of The New York Times. It was written by Ben Hubbard and narrated by Kristi Burns.