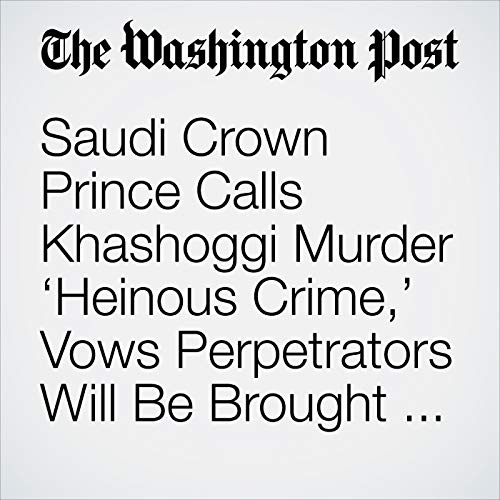 RIYADH, Saudi Arabia — In his most extensive public comments since the killing of journalist Jamal Khashoggi by Saudi security agents in Istanbul three weeks ago, Crown Prince Mohammed bin Salman said Wednesday that his country is doing all it can to complete an investigation and bring the perpetrators to justice.

"Saudi Crown Prince Calls Khashoggi Murder ‘Heinous Crime,’ Vows Perpetrators Will Be Brought to Justice" is from the October 24, 2018 World section of The Washington Post. It was written by Kevin Sullivan and William Branigin and narrated by Sam Scholl.