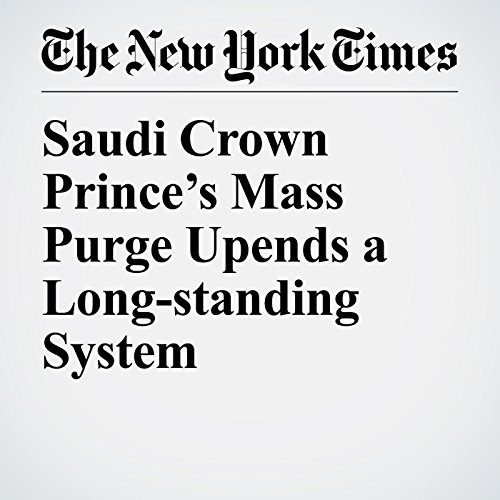 A midnight blitz of arrests ordered by the crown prince of Saudi Arabia over the weekend has ensnared dozens of its most influential figures, including 11 of his royal cousins, in what by Sunday appeared to be the most sweeping transformation in the kingdom’s governance for more than eight decades.

"Saudi Crown Prince’s Mass Purge Upends a Long-standing System" is from the November 05, 2017 World section of The New York Times. It was written by David D. Kirkpatrick and narrated by Kristi Burns.