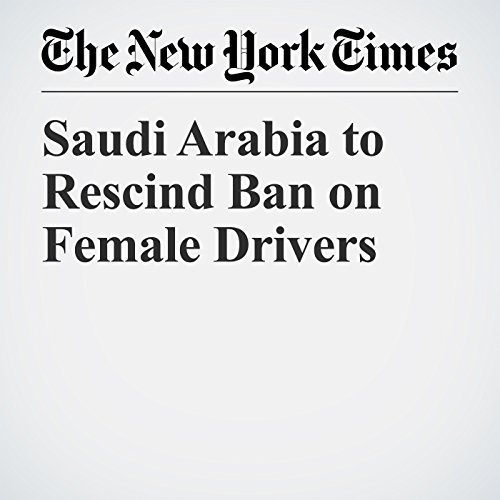 Saudi Arabia announced Tuesday that it would allow women to drive, ending a long-standing policy that has become a global symbol of the oppression of women in the ultraconservative kingdom.

"Saudi Arabia to Rescind Ban on Female Drivers" is from the September 26, 2017 World section of The New York Times. It was written by Ben Hubbard and narrated by Kristi Burns.