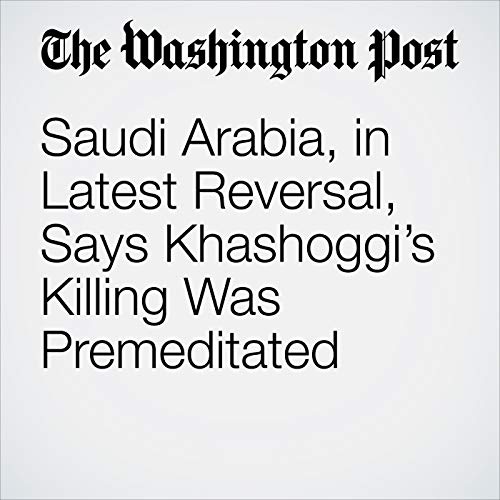 ISTANBUL — Saudi Arabia’s public prosecutor said on Thursday that Jamal Khashoggi was killed in a planned operation, citing information it received from Turkish investigators in Istanbul, according to a statement from the kingdom’s Foreign Ministry.

"Saudi Arabia, in Latest Reversal, Says Khashoggi’s Killing Was Premeditated" is from the October 25, 2018 World section of The Washington Post. It was written by Tamer El-Ghobashy and Kareem Fahim and narrated by Sam Scholl.