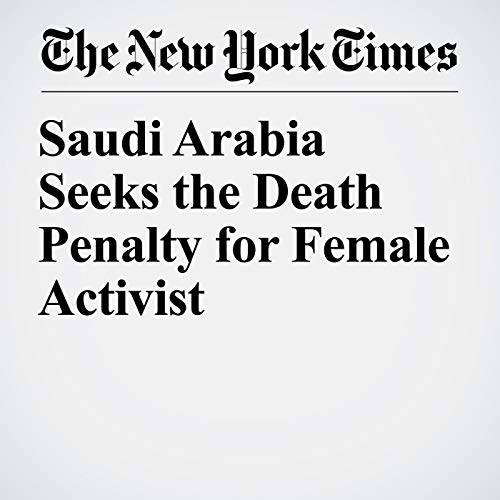 Saudi Arabia, which has one of the highest execution rates in the world, is taking the rare step of seeking the death penalty for a 29-year-old female activist accused of encouraging demonstrations for greater rights for the Shiite Muslim minority, the advocacy group Human Rights Watch said.

"Saudi Arabia Seeks the Death Penalty for Female Activist" is from the August 22, 2018 World section of The New York Times. It was written by David D. Kirkpatrick and narrated by Kristi Burns.