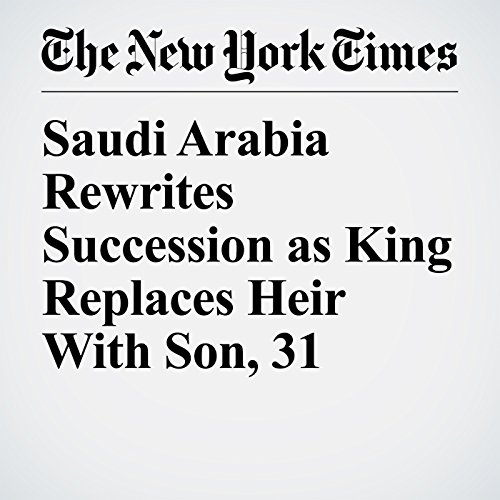 King Salman of Saudi Arabia promoted his 31-year-old son, Mohammed bin Salman, to be next in line to the throne Wednesday, further empowering a young, activist leader at a time when the kingdom is struggling with low oil prices, a rivalry with Iran and conflicts across the Middle East.

"Saudi Arabia Rewrites Succession as King Replaces Heir With Son, 31" is from the June 21, 2017 World section of The New York Times. It was written by Ben Hubbard and narrated by Keith Sellon-Wright.