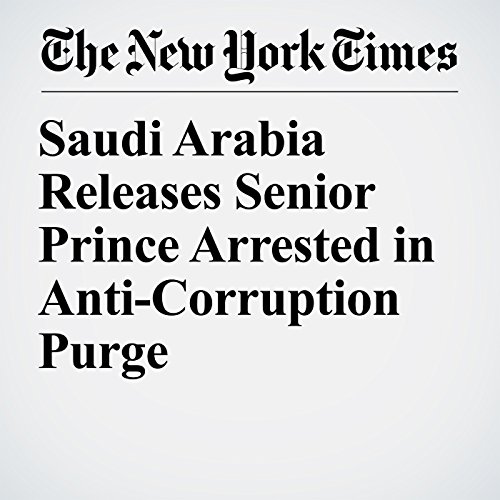 Saudi Arabia has released Prince Mutaib bin Abdullah, the most influential of the hundreds of businessmen and current or former officials detained three weeks ago in an anti-corruption crackdown, an associate of the royal family and a U.S. official tracking the events each said Tuesday.

"Saudi Arabia Releases Senior Prince Arrested in Anti-Corruption Purge" is from the November 28, 2017 World section of The New York Times. It was written by David D. Kirkpatrick and narrated by Kristi Burns.