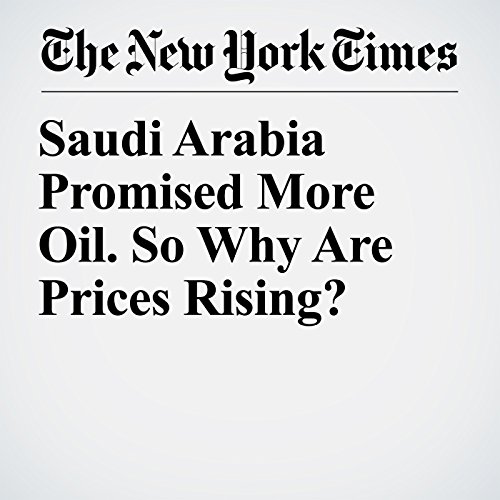 LONDON — When major oil producers last met in Vienna, they said they would curb rising prices by ramping up production. Why, then, are oil prices still going up?

"Saudi Arabia Promised More Oil. So Why Are Prices Rising?" is from the July 04, 2018 Business section of The New York Times. It was written by Stanley Reed and narrated by Barbara Benjamin-Creel.