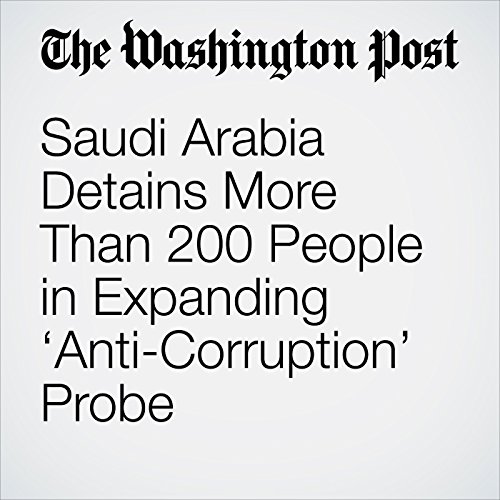 Saudi Arabia said Thursday that it had detained more than 200 people as part of an expanding “anti-corruption” campaign that has led to the arrests at least 11 princes and some of the country’s wealthiest and most prominent business tycoons.

"Saudi Arabia Detains More Than 200 People in Expanding ‘Anti-Corruption’ Probe" is from the November 09, 2017 World section of The Washington Post. It was written by Kareem Fahim and narrated by Sam Scholl.