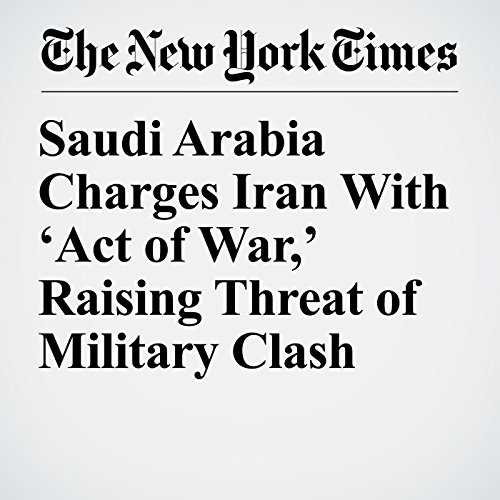 Saudi Arabia charged Monday that a missile fired at its capital from Yemen over the weekend was an “act of war” by Iran, in the sharpest escalation in nearly three decades of mounting hostility between the two regional rivals.

"Saudi Arabia Charges Iran With ‘Act of War,’ Raising Threat of Military Clash" is from the November 06, 2017 World section of The New York Times. It was written by David D. Kirkpatrick and narrated by Kristi Burns.