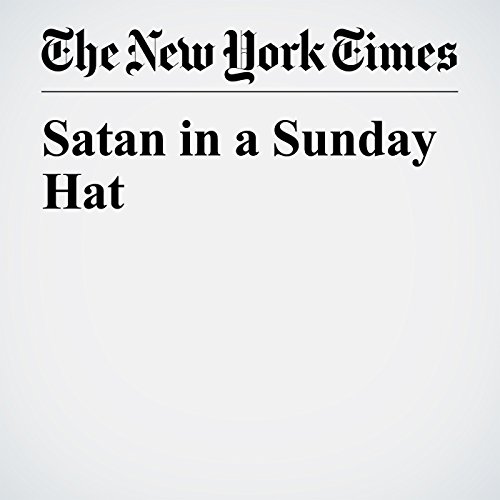 Donald Trump’s foul-mouthed, preening, narcissistic flack, Anthony Scaramucci, made a string of jaw-dropping statements last week — including accusing chief strategist Steve Bannon of using the president for rapacious self-aggrandizement, comparing this impulse in Bannon to autofellatio — but perhaps none were more telling and important than this statement on White House leaks Scaramucci made last week on CNN:“There are people inside the administration that think it is their job to save America from this president.”

"Satan in a Sunday Hat" is from the July 30, 2017 Opinion section of The New York Times. It was written by Charles M. Blow and narrated by Barbara Benjamin-Creel.