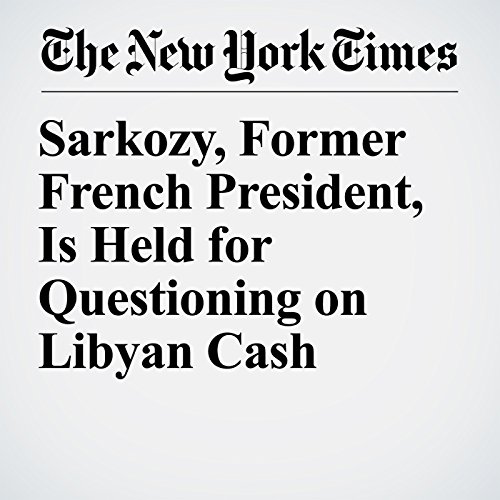 PARIS — Former President Nicolas Sarkozy of France was questioned by police Tuesday as part of an investigation into whether his 2007 election campaign received illegal financial support from the Libyan regime of Moammar Gadhafi.

"Sarkozy, Former French President, Is Held for Questioning on Libyan Cash" is from the March 20, 2018 World section of The New York Times. It was written by Aurelien Breeden and narrated by Keith Sellon-Wright.