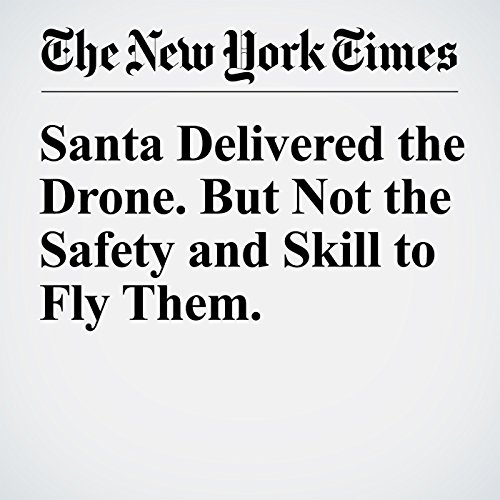 Most drones are harmless toys — albeit ones that seem to have a shorter shelf life than a Christmas tree — and can be bought at Amazon or Wal-Mart for under $100. But drones, particularly bigger ones, can cause major damage and injury, especially in the hands of neophytes.

"Santa Delivered the Drone. But Not the Safety and Skill to Fly Them." is from the January 08, 2017 Business section of The New York Times. It was written by Carol Pogash and narrated by Kristi Burns.