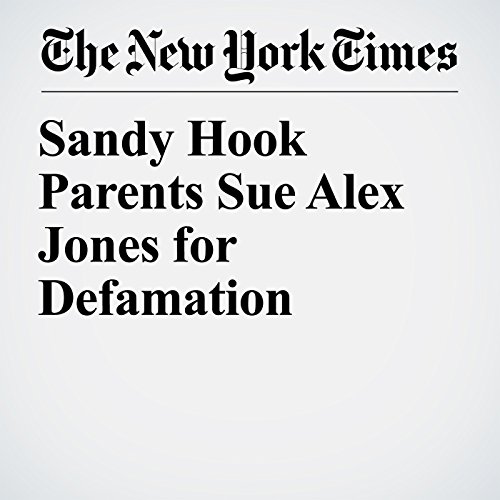 Three parents whose children were killed at Sandy Hook Elementary School in 2012 filed a defamation lawsuit Tuesday against Alex Jones, the right-wing conspiracy theorist who has long claimed the shooting was “completely fake” and a “giant hoax” perpetrated by opponents of the Second Amendment.

"Sandy Hook Parents Sue Alex Jones for Defamation" is from the April 17, 2018 U.S. section of The New York Times. It was written by Matthew Haag and narrated by Keith Sellon-Wright.