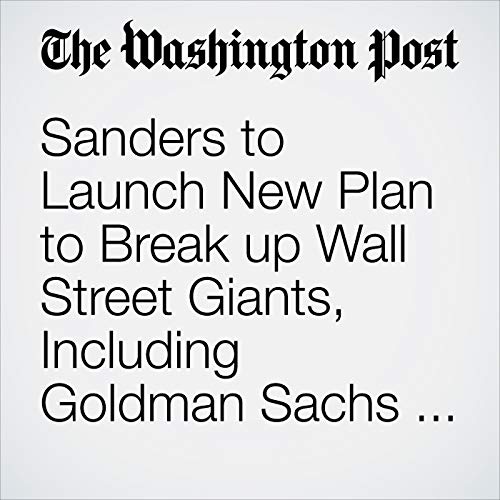 Sen. Bernie Sanders (I-Vt.) on Wednesday is unveiling legislation that would place a hard cap on the size of financial institutions, a proposal that would splinter Wall Street’s biggest firms in an effort to ward off future taxpayer bailouts.

"Sanders to Launch New Plan to Break up Wall Street Giants, Including Goldman Sachs and JP Morgan" is from the October 03, 2018 Business section of The Washington Post. It was written by Jeff Stein and narrated by Sam Scholl.