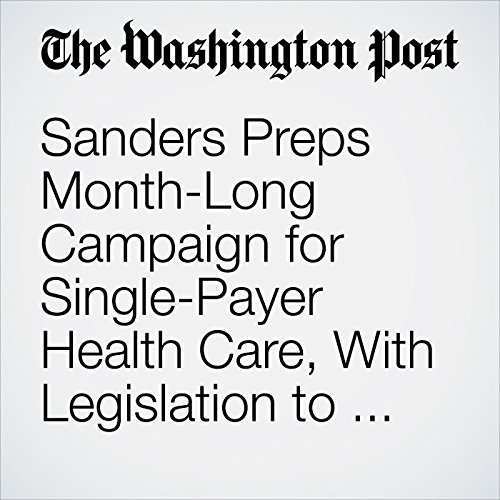 Sen. Bernie Sanders is ramping up his campaign for single-payer health care, starting with digital ads that ask voters to endorse his planned “Medicare for All” legislation ahead of the Senate’s August recess. The six-figure buy, paid for by Sanders’s 2018 Senate reelection campaign, will direct readers to his website, where they can sign on to his bill.

"Sanders Preps Month-Long Campaign for Single-Payer Health Care, With Legislation to Follow" is from the August 01, 2017 PowerPost section of The Washington Post. It was written by David Weigel and narrated by Sam Scholl.