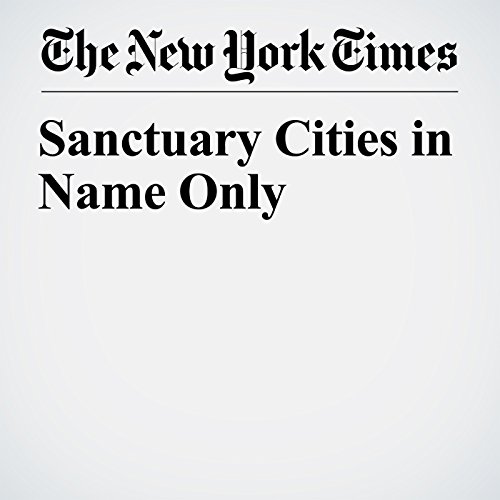 President Donald Trump’s plan to deport millions of people appears to be underway. Last week, federal immigration officials arrested more than 600 people at their homes and workplaces in at least 11 states, sending terror through immigrant communities.

"Sanctuary Cities in Name Only" is from the February 14, 2017 Opinion section of The New York Times. It was written by Shakeer Rahman and Robin Steinberg and narrated by Kristi Burns.