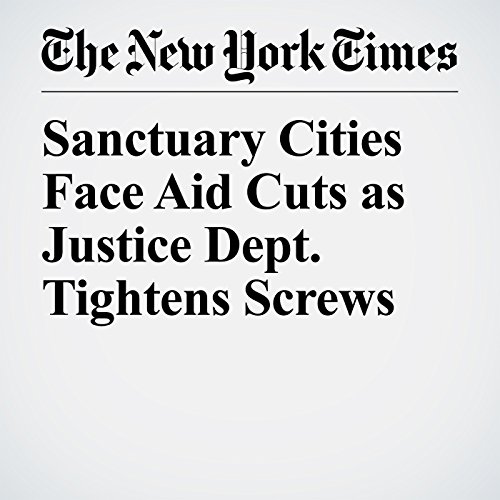 Escalating a threat to withhold grants from state and local governments that block the police from telling federal authorities about people in the country illegally who are in custody, the Trump administration sent letters Friday to nine jurisdictions telling them they were obligated to prove compliance.

"Sanctuary Cities Face Aid Cuts as Justice Dept. Tightens Screws" is from the April 21, 2017 U.S. section of The New York Times. It was written by Charlie Savage and narrated by Kristi Burns.