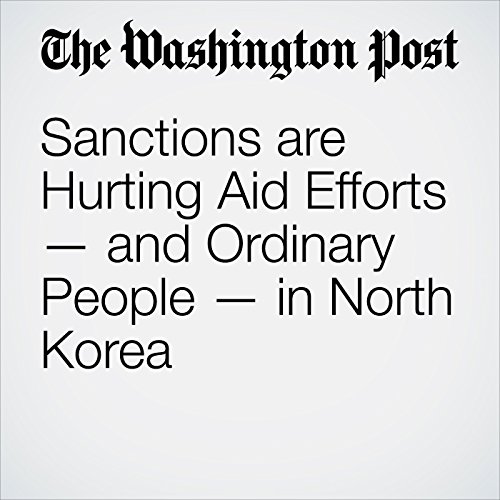 Sanctions aimed at punishing the North Korean regime are hampering the ability of aid groups to operate inside the country, triggering warnings that the international campaign is harming ordinary North Koreans.

"Sanctions are Hurting Aid Efforts — and Ordinary People — in North Korea" is from the December 16, 2017 World section of The Washington Post. It was written by Anna Fifield and narrated by Sam Scholl.